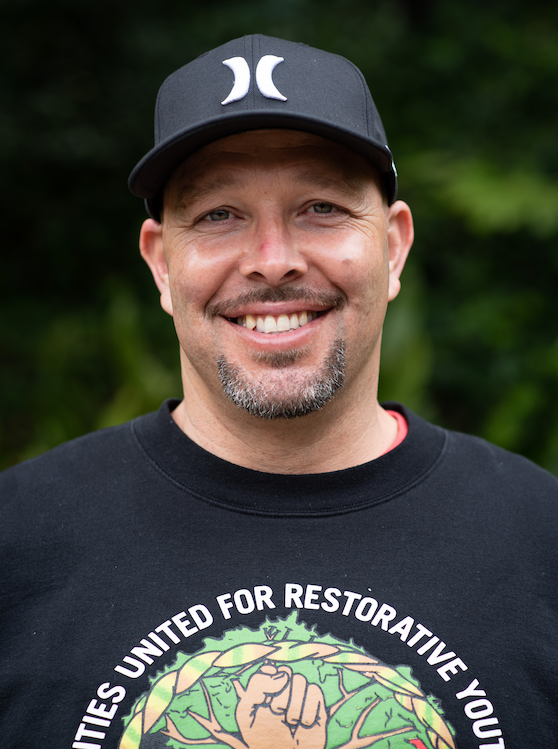 Rocky Hunt was raised in the East Bay. He served 24 years in California’s corrupt prison system and was released in August of 2021. Rocky became a product of his low-income environment. As a youth he experienced drugs, alcohol, murders, and abuse. Rocky ran the streets full of rage due to all the unprocessed trauma he experienced and carried around while unleashing his pain onto others and his community until he eventually took a life. While in prison, Rocky transformed his pain into power and his tragedy into triumph. He unraveled all that was wrapped up so tight inside him and was finally able to heal and see all the harm he caused to others. Rocky was the lead mentor for the prison’s Youth Offender Program, took college courses, and facilitated many self-help programs for his incarcerated peers.

As CURYJ’s participatory defense coordinator, as well as in his own life, Rocky uses his past experiences as motivation to help others, especially youth struggling with their own trauma like he did. Rocky was once a hurt youth who hurt people. Today, he is a healed man who helps heal people.