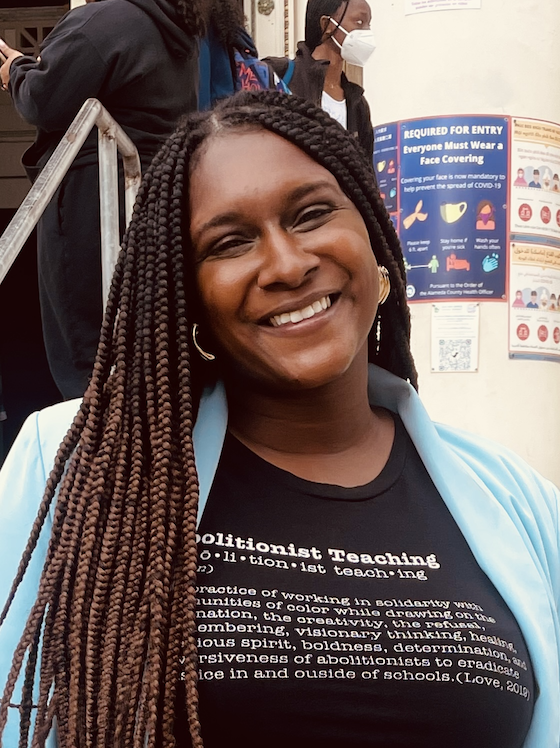 Ray’Von Jones is an educator and student of abolition. She became an educator because she deeply understood the importance of Black teachers. She also wanted to provide students with educational experiences in which they felt seen, celebrated, loved, and empowered to make the world a more just place.

For the past few years, Ray’Von has been an Oakland educator, teaching Government, English, and Community Organizer. While serving as the Director of the Race, Policy, and Law Academy at Oakland Technical High School, Ray’Von was voted “Best Teacher” by the Oakland Tech class of 2022. As an educator, her work was centered on community, healing, and critical pedagogy.

Ray’Von joined CURYJ because of her deep belief that no human being is disposable. She has experienced firsthand the ways in which the prison industrial complex dehumanizes Black and Brown folks and destroys families. As the Dream Beyond Bars Program Manager, Ray’Von works to ensure that DBB fellows engage with curriculum that provides them with the tools they need to facilitate community healing and political organizing.

Ray’Von received her Bachelor of Arts in Sociology and Spanish from the University of Notre Dame and her Master’s of Arts in Education from Stanford University.