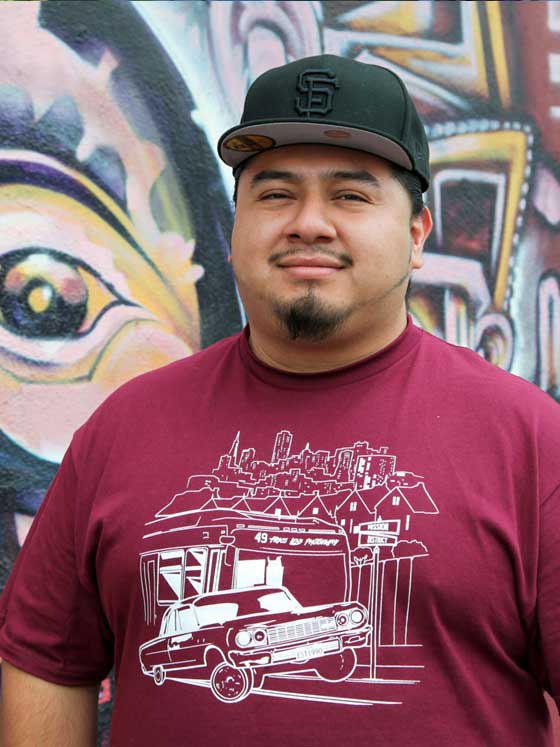 Jesus Martinez-Coba is the Dream Beyond Bars Coordinator at CURYJ in Oakland, CA.  He was born & raised in San Francisco, CA and has been working in the communities of the Bay Area for 10 years strong. His heart belongs to both of his communities Bayview Hunters Point & The Mission District. As a youth Jesus was incarcerated at the age of 14, sent to a group home & programs. He’s been on probation more than half his life as a youth & later transitioned to the adult system. He turned his life around working in Hunters Point with his first community job & became involved in activism against police brutality after many deaths at the hands of SFPD. Jesus was a panelist for Shutdown 850 & helped organize the Cruise 4 Justice, a 3 city Caravan for the families of victims of police brutality. He has continued his fight for freedom & joined CURYJ because of their abolitionist work. In addition to being an activist, Jesus is a Photographer, a Lowrider, and wears many hats in the community.