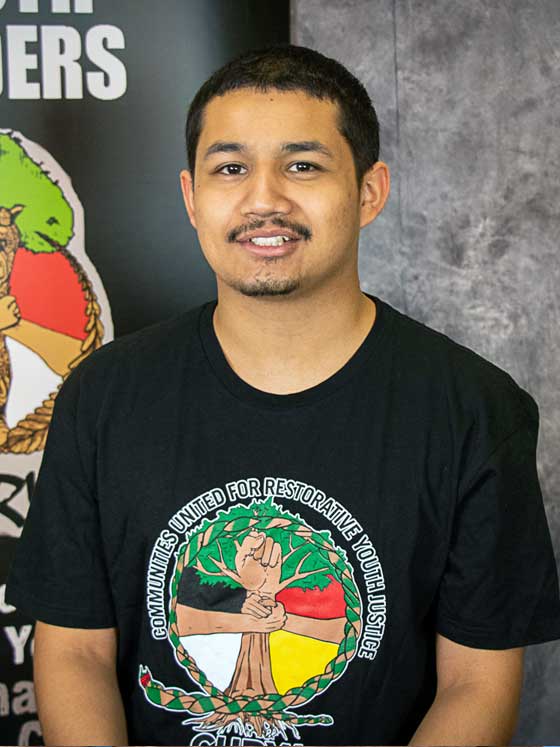 Jesse is a Dream Beyond Bar Fellow at CURYJ and has been involved in Community work for almost 4 years now. He first heard about CURYJ in 2014 through two of his first mentors Sal Leon, and Cory Aguilar in which they took him to a coalition meeting that was happening at the time he was a freshman in high school.

Now he has the opportunity to be a Dream Beyond Bar Fellow and he is very excited to still be able to share his passion, and is very motivated to create change in his community. Jesse is launching a podcast for CURYJ where he will do interviews, have high level conversations, talk about sensitive topics, spread information and really dive into the breakdown of what culture means.

He was previously involved with 67 Sueños a program focused around building Youth Leadership supporting undocumented youth and mixed status youth. Jesse enjoys writing poetry, and is very outspoken. He has had a poem published in a book through 67 Sueños called “From The Land” back in 2018.

Jesse identifies as Mexican and is 21 years old and was born and raised in Oakland, CA. Despite being incarcerated at 17 and again as an adult at 18 and 19, he still managed to finish High School in May 2019 at Rudsdale High School.

Growing up was not so good for Jesse due to having no role models and parents not living together, he was back and forth from his moms to his dad’s house. Because of this situation he spent most of his days in the streets with friends and family sometimes getting involved in crimes and being homeless. Wanting to change and do something better for himself he didn’t find a way until he started getting involved with 67 Sueños because he had to complete community service for court tickets. He slowly started to get involved in more activities and community based work.

Now he is proud of himself for getting the support he needed to get away from the street life. He has had many mentors and continues to get that support in his life.