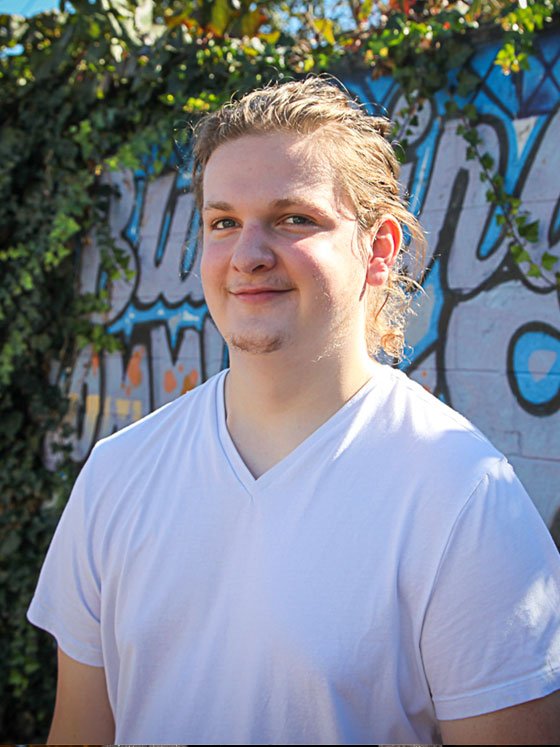 Hayden Renato has been active in the prison abolitionist community since 2018.

Hayden represents CURYJ in several local coalition spaces and government committees. His goal is to bring CURYJ priorities and philosophy to the forefront of the movement to reimagine juvenile justice in our community.

He uses his experience as a formerly incarcerated person and former foster child to inform his work. Hayden is also a full-time student at Merritt College and a Youth Advisor at Evident Change. Hayden aspires to go to law school and help shape progressive policy change to benefit system-impacted youth through impact litigation and civil rights reform.

Since the start of the COVID-19 pandemic, Hayden has participated in actions to secure the release of prisoners from CDCR and the Santa Rita Jail. He has also played a supporting role in actions, including marches and rallies, to promote Black and Brown unity and dismantling white supremacy. Hayden has been active in holding elected officials accountable during the pandemic by calling and placing pressure on their offices to act responsibly and save lives.

In January of 2020, Hayden attended a 5-day conference on behalf of CURYJ as a delegate to Grassroots Global Justice Alliance (GGJ) and It Takes Roots (ITR). GGJ and ITR are national cooperatives of many nonprofits who have chosen to work together and exchange ideas for the purpose of building community and forming common progressive goals. Since then, Hayden has been a CURYJ delegate in GGJ antimilitarism workshops and planning meetings.

In 2019, Hayden testified before the California legislature in opposition to bills that give police more power and in support of bills to increase police accountability. He has written op-eds about these trips to Sacramento and about his personal experiences with the police and incarceration.

Also in 2019, Hayden spoke at a conference at UC Berkeley School of Law to an audience of approximately 100 lawyers about his experience in adult jail and the process he went through to represent himself and gain his freedom.

Hayden came to Oakland in 2018 with the hope of finding a community to work and build a future with. He encountered CURYJ in January of 2019 and started volunteering, until he became a Dream Beyond Bars Fellow.

At age 15, shortly after becoming a foster child, Hayden was arrested and taken to adult jail for burning his own belongings outside. Charged with multiple felonies, he was forced to plead guilty and accept a 2 1/2 year prison sentence. He is currently fighting to seal his record and establish precedent in court so that kids can’t go to adult jail anymore. He has represented himself in the criminal case and in a federal lawsuit against the state of Arizona and Cochise County to address the injustices that he and several other youth have experienced.