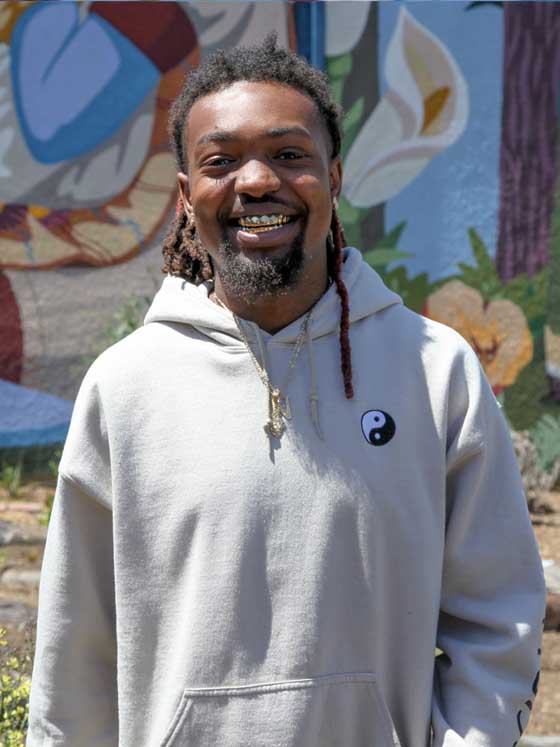 Bruce Benson is a Dream Beyond Bars Fellow with CURYJ in Oakland, CA. He was born & raised in East Oakland, CA. He recently joined the DBB Fellowship & has hit the ground running.

Bruce is currently working on the SB 823 Bill which will close down the DJJ. Funds from the DJJ will be given to community based organizations at a local level. This will help communities be more restorative with youth instead of punitive. Bruce is also working on AB-503 which is also known as the “end endless probation” bill. It will limit the reach the system has on youth, and ensures they finish probation within 6 months.

Bruce’s experience being formerly incarcerated helps him speak up for others who are currently incarcerated & don’t have a voice. He sees while incarcerated, the system is making money off of him & he has to pay restitution fees. While at CURYJ he is getting paid to advocate for himself, his peers & make a brighter future for his child. Him being involved in these conversations has helped open his eyes to what is going on in his community, and how police respond to situations & cause more harm than good.

Bruce’s goal is to get into real estate classes & become a real estate agent in the Bay Area. He has shadowed a real estate agent in the past and went with them to appraise a house, so he has an idea of what his future could look like. He aspires to not only own property, but help his people become homeowners as well. He sees the effects gentrification has had on his community, and he wants to put an end to that. Gentrification has left people houseless & in unstable living situations for example like sleeping in their cars. He will ensure his son & his family will have a bright future right here in Oakland, CA.